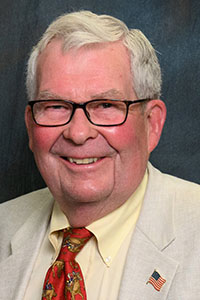 Dr. Richard A. Mansmann, Clinical Professor Emeritus, teaches Equine Podiatry in the College of Veterinary Medicine at North Carolina State University while also operating a private practice. He earned the DVM at the University of Pennsylvania and was a veterinary practice owner in Santa Barbara, California, before relocating to Chapel Hill, North Carolina in 1993. A member of the American Farriers’ Journal Veterinarians’ International Hall of Fame, he is also an Honorary Diplomate of the ACVIM-LA and an Honor Roll Member of the American Association of Equine Practitioners and AVMA. After retiring from North Carolina State in 2010, he has continued to teach in the College of Veterinary Medicine while also developing an equine podiatry and rehabilitation practice in Chapel Hill.

All Design and Content © 2014 Auburn University College of Veterinary Medicine. All rights reserved.